The Federal Reserve has created trillions of dollars out of thin air and injected it into the economy over the last year. As a result, the money supply has grown at a record pace. This is by definition inflation. As Peter Schiff has pointed out in recent weeks, signs that this inflation is finding its way into prices are all around us. But mainstream economists tell us we really don’t have to worry about the massive increase in the money supply because the velocity of money is so low. This is simply the number of times a dollar changes hands in a given amount of time. Conventional wisdom holds that as long as the money velocity remains low, the central bank can increase the money supply without any significant corresponding increase in price inflation. But as economist Frank Shostak shows, the conventional wisdom doesn’t hold up to scrutiny.

The following article by Frank Shostak was originally published by the Mises Wire. The opinions expressed are the authors and do not necessarily reflect those of Peter Schiff or SchiffGold.

At the end of January, the yearly growth rate of our measure of US money supply (AMS) closed at 76.7 percent, against 4.8 percent in January 2020. It is tempting to suggest that this massive increase in the growth rate of money supply is likely to result in massive price inflation in the months ahead.

Based on the sharp decline in the velocity of money from 6.7 in June 2008 to 2.3 by December 2020, however, it can be argued that price inflation is not likely to accelerate in the months ahead. In this way of thinking, a decline in velocity offsets the effect of massive increases in money supply on price inflation. Here is why.

Over any interval of time, such as a year, a given amount of money can be used repeatedly in the purchase of goods and services. The money one person spends on goods and services is used by the recipient of that money to purchase goods and services from some other individual. For example, in a year a particular ten-dollar bill might be used as follows: a baker, John, pays ten dollars to a tomato farmer, George. The tomato farmer uses the ten-dollar bill to buy potatoes from Bob, who uses it to buy sugar from Tom. The ten dollars here was used in three transactions during the year; its velocity is therefore three.

The ten-dollar bill that circulated with a velocity of 3 generated $30 worth of transactions in that year. Now, if there are $3 trillion worth of transactions in an economy during a particular year and there is an average money stock of $500 billion during that year, then each dollar of money is used on average six times during the year (since 6*$500 billion = $3 trillion).

With a velocity of 6, $500 billion have generated $3 trillion worth of transactions. From this, it is established that

This can also be expressed as

where V stands for velocity, P stands for the average price, T stands for the volume of transactions, and M stands for the stock of money. This expression can be further rearranged by multiplying both sides of the equation by M. This, in turn, will give us the famous equation of exchange

This equation states that money multiplied by velocity equals the value of transactions.

Many economists employ GDP instead of P*T, thereby concluding that

The equation of exchange appears to offer a wealth of information regarding the state of an economy. According to it, a fall in the velocity of money (V) for a given money (M) results in a decline in economic activity as depicted by GDP. It also asserts that, for a given money stock (M) and a given volume of transactions (T), a fall in velocity results in a decline in the average price (P).

Does the Concept of Money Velocity Make Sense?

Consider the following: a baker John sold ten loaves of bread to a tomato farmer George for ten dollars. Now, John exchanges the ten dollars to buy five kilograms of potatoes from Bob the potato farmer.

The so-called velocity of money has no relevance whatsoever on the bakers’ ability to purchase potatoes. What matters here is that he possesses bread that serves as the means of payment for potatoes.

In addition, it does not make any sense to argue that money circulates as popular thinking has it. It always belongs to somebody.

According to Ludwig von Mises money never circulates as such,

Money can be in the process of transportation, it can travel in trains, ships, or planes from one place to another. But it is in this case, too, always subject to somebody’s control, is somebody’s property. (Human Action, p. 403)

Does velocity of money have anything to do with the prices of goods?

Thus, John, the baker holds that he will raise his living standard by exchanging his ten loaves of bread for ten dollars, which will enable him to purchase five kilograms of potatoes from Bob the potato farmer.

Likewise, Bob, the potato farmer has concluded that by means of ten dollars he will be able to secure the purchase of ten kilograms of sugar, which he holds will raise his living standard.

By entering an exchange, both John and Bob are able to realize their goals and promote their respective well-being.

John had agreed that it is a good deal to exchange ten loaves of bread for ten dollars for it will enable him to procure five kilograms of potatoes.

Likewise, Bob had concluded that ten dollars for his five kilograms of potatoes is a good price for it will enable him to secure ten kilograms of sugar.

Individuals’ purposeful actions determine the prices of goods, not velocity. Prices are the outcome of different ends.

The fact that so-called velocity is 3, or any other number, has nothing to do with goods prices and the purchasing power of money as such.

In analyzing the equation of exchange one assumes that one of its elements—total supply of money, volume of trade, velocity of circulation—changes, without asking how such changes occur. It is not recognized that changes in these magnitudes do not emerge in the Volkswirtschaft [political economy, or more loosely, economy] as such, but in the individual actors’ conditions, and that it is the interplay of the reactions of these actors that results in alterations of the price structure. The mathematical economists refuse to start from the various individuals’ demand for and supply of money. They introduce instead the spurious notion of velocity of circulation fashioned according to the patterns of mechanics. (Human Action, p. 399)

Velocity Does Not Have an Independent Existence

Contrary to the popular way of thinking velocity is not an independent entity—it is always the value of transactions (P*T) divided by money (M), i.e., PT/M.

But it is absurd to dignify any quantity with a place in an equation unless it can be defined independently of the other terms in the equation. (Man, Economy, and State, p. 735)

Given that V equals PT/M, it follows that the equation of exchange is reduced to M(PT/M) = PT, which is reduced to PT = PT. It is like stating that $10 equals $10. This conveys no new knowledge of economic facts.

Since velocity is not an independent entity, it as such causes nothing and hence cannot offset the effects of money supply growth on prices of goods and services.

The whole thing is not a tenable proposition and covering it in mathematical clothing cannot make it more tenable.

Moreover, the average purchasing power of money cannot be even calculated. For instance, in a transaction, the price of one dollar was established as one loaf of bread.

Observe that since bread, potatoes, and sugar are not commensurable no average price of money can be established.

What will impact price inflation in the months ahead is the past and present growth rate in money supply, i.e., monetary inflation, and not the state of the velocity of money. The so-called velocity of money cannot cause anything, since it is not an independent entity.

When money is injected into the economy, it always starts with a particular individual and then proceeds to another individual. In this sense, money moves from one market to another. This is the reason why the effect of changes in money supply on various markets operates with a time lag.

Using the lagged annual money growth metric (the AMS) suggests that the yearly growth rate of the US consumer price index is likely to accelerate beginning early next year (see chart). According to popular thinking, the sharp decline in money velocity since June 2008 is likely to neutralize recent strong money supply increases’ effect on price inflation ahead.

But because of massive monetary pumping by central authorities, the yearly growth rate of the Consumer Price Index, i.e., price inflation, is in fact likely to strengthen in 2022. This increase in CPI inflation is likely to take place notwithstanding the sharp decline in the velocity of money.

Contrary to popular thinking, the velocity of money does not have a life of its own. It is not an independent variable, and hence it cannot cause anything, let alone offset strong increases in money supply.

Get Peter Schiff’s key gold headlines in your inbox every week – click here – for a free subscription to his exclusive weekly email updates.
Interested in learning how to buy gold and buy silver?
Call 1-888-GOLD-160 and speak with a Precious Metals Specialist today!
economics, Federal Reserve, inflation, money 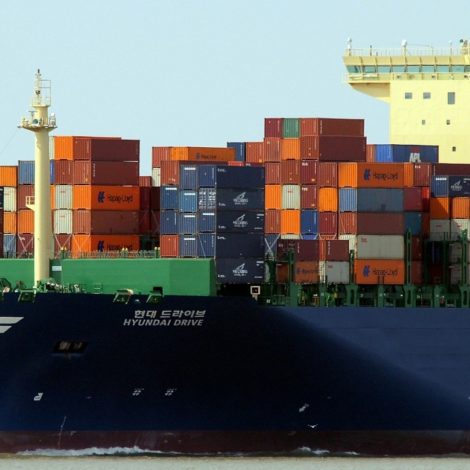