Gold scammers are targeting Chinese-Americans, but similar techniques can be used to target and rip off other groups of people.

The scam has most recently been reported in Maryland. According to CBS Baltimore, the Montgomery County Police Department reports at least one victim lost $20,000 to gold scammers targeting people of Chinese descent. 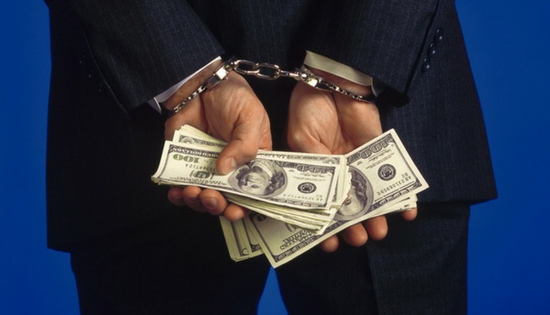 Last week 63-year-old Kenneth J. Plonski was charged in a Michigan court for defrauding the Copoco Community Credit Union of more than $70,000. Plonski claims he was also duped by a “friend” into wiring cash to Africa to buy gold. However, Plonski claims he never received any African gold.

The alleged scam is a classic case of “robbing Peter to pay Paul”. Plonski allegedly took out a mortgage with the CCCU in 2014 and began making his monthly payments. Court records show Plonski also used the mortgage to secure a Visa gift card with a $20,000 line of credit, according to a local Michigan network. A Florida court recently found Robert Escobio and his companies, Southern Trust Metals and Loreley Overseas Corp guilty by the U.S. Commodity Futures Trading Commission (CFTC) of bilking customers in a precious metals scam. Escobio was accused of stealing $600,000 from 35 customers from July 2011 through May 2013. Over the time period, the defendant and his companies received more than $2.6 million from the plaintiffs, according to South Florida Business Journal.

Escobio, Southern Trust, and Loreley were banned from commodity trading and ordered to pay more than $2.1 million in penalties. 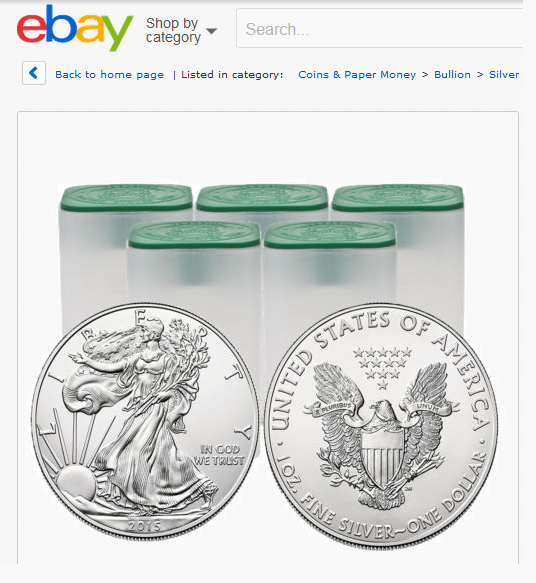 You probably think of eBay as a good place to snag a deal on electronic gadgets, musical instruments, or sporting goods. But increasingly people are logging onto the auction site to buy gold and silver.

EBay officials told CNBC the company is touting its global user base of 150 million people to reach non-traditional buyers. With so many people entering the market for precious metals, buyers should beware. The strong demand creates a breeding ground for scammers. In fact, eBay is apparently using the demand for gold and silver bullion to peddle collectibles.

The headline on the Pittsburgh Tribune-Review website says it all – “Collectors willing to overpay for silver.”

The article highlights an ongoing silver scam in Pennsylvania and other states featuring “US State Silver Bars.”

Empty Vaults Serve as a Warning: Keep Your Gold Close An apparent gold scam recently uncovered in Austin, Texas, serves as reminder for investors to use caution when dealing with small, unknown companies.

According to the Austin American-Statesman, the vaults belonging to an Austin company claiming to store millions of dollars in precious metals for its customers turned up virtually empty.

Watch Out for Illiquid Collectibles from Royal Mint The British Royal Mint has released coins commemorating the birth of Princess Charlotte that cost far more than the value of the metal they contain.

These are certainly beautiful, high-quality coins. However, investors should be aware that they are not paying bullion prices for these limited-edition products. More importantly, there is no guarantee that coins like these will hold their collectible value in the future.

Latest Silver Scam: A 1.5 Ounce Coin for 3X the Price We recently placed an anonymous call to one of the largest gold dealers in the country for some insight into how other precious metals companies operate. Since this company is very high-profile and has a huge customer base, you might expect them to offer amazing prices. After all, giant retailers like Wal-Mart can usually undercut the prices of their competitors thanks to the sheer scale of their business. Why wouldn’t gold companies do the same?

Unfortunately, our caller – let’s call him Mark – encountered not only ridiculously high mark-ups, but also a series of misleading sales tactics designed to railroad him into buying an illiquid and overpriced product.

The Commodity Futures Trading Commission (CFTC) banned four Florida companies from trading precious metals last week. The companies were alleged to have committed fraud by promising to transfer precious metals that customers never actually received. $7.8 million were scammed from unsuspecting victims. The CFTC reached settlements with each business, though the companies never admitted their guilt.

So how did these companies manage to fleece so much money from would-be gold investors? According to the Sun Sentinel, some of the companies operated through telemarketers that would call their victims and convince them to give a down payment towards a loan to buy gold and silver. The salespeople claimed the metals would either be transferred to the buyers or stored at a depository on their behalf.

This sounds like a textbook example of a leveraged gold scheme.

You might not know that SchiffGold maintained an independent Gold Scams blog for many years to keep investors informed of the latest tricks and traps in the industry. The site had become a popular resource for learning about the latest gold scams, as well as how to safely purchase precious metals. The Gold Scams community on Facebook has almost 15K members and continues to grow.

Now, in our effort to create a one-stop shop for gold investors, we merged the Gold Scams blog into a new Gold Scams Exposed section of Peter Schiff’s Gold News. Bookmark this page to stay on top of: