The People’s Bank of China was the first central bank to roll out a digital currency. The digital yuan recently got a boost when China’s biggest online retailer announced it has developed the first virtual platform to accept the Chinese digital currency.

Digital currency is nothing more than a virtual banknote or coin that exists in a digital wallet on your smartphone instead of a billfold or a purse. Digital currencies issued by central banks are backed by the state, just like traditional fiat currency. We’ve written extensively about the “war on cash.”  Government officials and academics offer all kinds of plausible rationals for moving toward a cashless society. Most of them involve consumer convenience and the ability to battle drug dealers and big-time criminal organizations. But make no mistake, governments love the idea of eliminating cash for more a more sinister reason — it would make it possible for them to track every single purchase you make. And it would also allow them to exercise a tremendous amount of control over individuals.

Gold surged passed another key level this week, breaking above $1,800 an ounce for the first time since 2011. And the yellow metal is pulling silver up along with it. What’s driving precious metals higher? And can we expect this bull run to continue? In this episode of the Friday Gold Wrap podcast, host Mike Maharrey takes a close look at both the gold and silver markets – what’s driving them and where they might be heading next, and why this is different than 2011. He also touches on the escalating war on cash.

Last month we reported that the Chinese government has launched a pilot program for a digital version of the yuan. The virtual currency ups the ante in the war on cash and creates the potential for the government to track and even control consumer spending.

China isn’t alone in using COVID-19 as an excuse to push people away from physical cash. Other countries are pushing narratives to drive the movement toward a completely digital economy – one where governments can track and even control what we buy.  The war on cash has been going on for years, but the pandemic has put efforts on hyperdrive.

The economy has gone through the quickest and arguably the deepest collapse in history, but the stock market has been rallying. How can this be? In this episode of the Friday Gold Wrap podcast, host Mike Maharrey says look no further than the Federal Reserve. Despite the economic chaos, it has managed to blow up stock market bubble X.0 He also talks about a move China recently made that ups the ante in the “war on cash.”

The Chinese government has launched a pilot program for a digital version of the yuan. The virtual currency ups the ante in the war on cash and creates the potential for the government to track and even control consumer spending. It also raises some concern that the Chinese could threaten dollar-dominance. 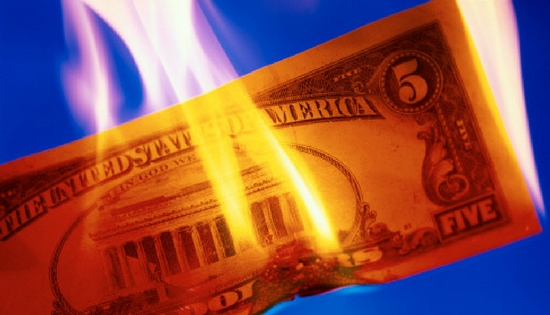