Janet Yellen gave her first speech as Treasury secretary this week and called on the world to adopt a global minimum corporate tax. Peter Schiff talked about it during a recent podcast. He said Yellen’s message to the world reflects a major shift. America once led the world toward freedom. Now the goal seems to be to lead the world to less freedom.

Yellen bemoaned a “30-year race to the bottom” as countries have slashed corporate taxes in order to attack multinational businesses. Of course, the real problem Yellen wants to address is the competitive disadvantage the US will face with the Biden tax increases tucked into his new infrastructure plan.

“It is important to work with other countries to end the pressures of tax competition and corporate tax base erosion,” Yellen said.

The infrastructure plan would hike the US corporate tax rate from 21% to 28%, partially undoing the Trump tax cuts.

In effect, Yellen wants other countries to raise taxes to some global minimum so companies won’t be able to avoid high taxes by shifting operations to more tax-friendly jurisdictions. She wants government collusion. She wants to eliminate tax competition and create a cartel of nations that can price-fix their taxes as high as possible.

Given that the US dollar serves as the reserve currency, the US has a lot of leverage when it comes to pressuring other countries to comply with its wishes.

Peter said Yellen’s message reflects a fundamental change in the message the US sends to the rest of the world.

We’re not this shining city on a hill that Ronald Reagan spoke of. We are not really the leader of the free world. What we’re trying to do is lead the world into diminishing freedom, into being less free because taxes equate to freedom. The more taxes you pay, the less freedom you have. The government takes your money and then you have less. And so what we want is for there to be less freedom and more taxation throughout the world.”

This is the opposite of what America used to be. The United States used to lead the world in low taxes. For nearly 150 years, the US didn’t even have an income tax.

Peter said the Biden message to the world is the exact opposite.

We want to go around the world and see countries that are freer than our own because they don’t have taxes as high as ours, and we want to force those nations to become less free in order to make it easier for America to turn up the heat on its own citizens.”

Peter said even if you don’t personally take advantage of tax havens, they benefit you because of the competition they create.

The fact that there are a lot of nations that have lower taxes – that is what keeps the nations that have higher taxes from raising them up even more. Governments have to realize that they’re in competition, that capital and people are mobile. And if they tax them too high, they may move to a lower tax jurisdiction. And so those lower tax jurisdictions, even if you’re not personally benefitting from those lower taxes because you haven’t moved there, your taxes are actually lower because of those alternatives.”

If the US is successful in forcing tax havens to raise their taxes so they’ll be less free just like America, it will be easier for the US to raise taxes even higher knowing there is no alternative.

Peter said fortunately, he doesn’t think Yellen’s ploy will work. A lot of countries aren’t going to want to raise their taxes. They recognize the damage it will do to their economies. They understand that taxation simply shifts resources from the private sector to the government.

The reality is the fewer resources that are consumed by government, the more economic growth they’re going to have. The United States grew far more rapidly during the 19th century than it did during the 20th century. During the 19th century, we had no corporate income tax. We had no personal income tax. But we had much faster economic growth, and the standard of living of the poor and the middle class increased far more rapidly during that century than they did during the 20th when we had all these taxes.”

Peter said when he looks around the world, countries with lower taxes, less government spending, and smaller deficits are more prosperous.

What Janet Yellen wants to impose is the opposite. She wants these countries that are enjoying more economic freedom and greater economic growth than America to change their policy so they have less freedom and slower growth so they’re more like the United States.”

Get Peter Schiff’s key gold headlines in your inbox every week – click here – for a free subscription to his exclusive weekly email updates.
Interested in learning how to buy gold and buy silver?
Call 1-888-GOLD-160 and speak with a Precious Metals Specialist today!
economy, Janet Yellen, Joe Biden, taxes 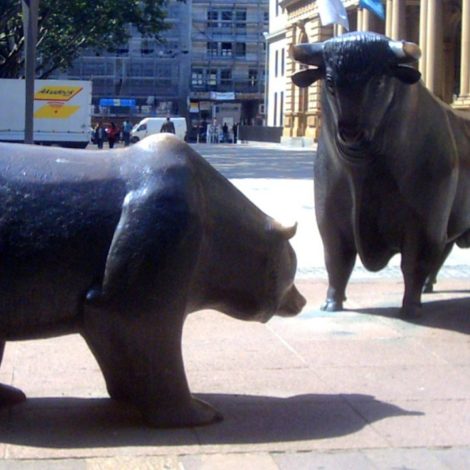