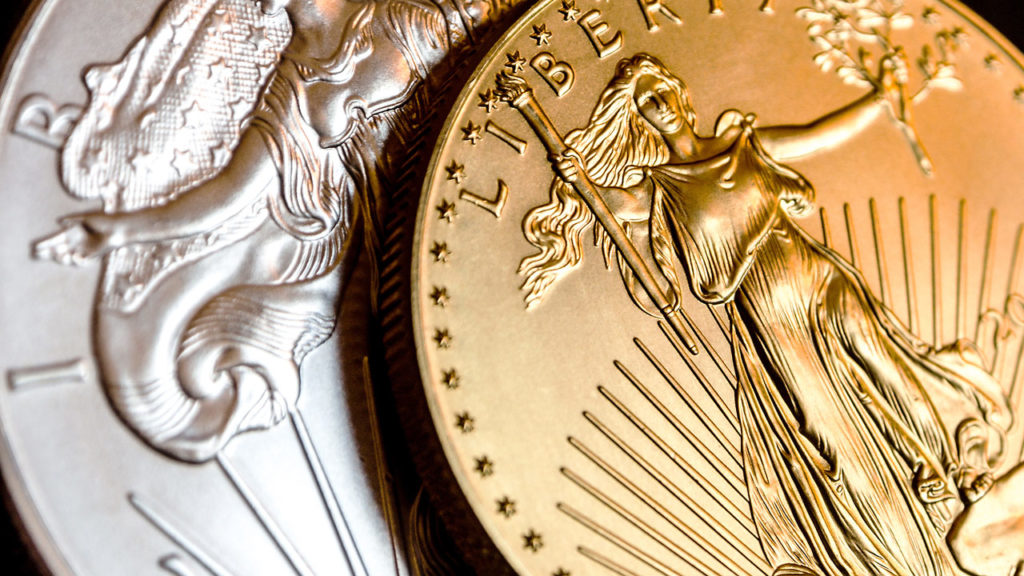 Several states are considering bills to repeal the sales tax on precious metal bullion during the 2022 legislative session. Passage into law would relieve some of the tax burdens on investors, and would also take a step toward treating gold and silver as money instead of as commodities.

In Kentucky, Rep. Killian Timoney (R) and Rep. Norma Kirk-McCormick (R) introduced House Bill 272 (HB272) on Jan. 11. The legislation would exempt “currency or bullion sold or purchased” from the state sales tax. “Bullion” is defined as “bars, ingots, or coins, which are made of gold, silver, platinum, palladium and valued based on the content of the metal, not its form.” This includes coins that have been “used as a medium of exchange security, or commodity by any state, the United States government, or a foreign nation.”

In Tennessee, Rep. Bud Hulsey (R) and Rep. William Lamberth (R) introduced House Bill 1874 (HB1874) on Jan. 20. Sen. Frank Nicely (R) introduced the companion, Senate Bill 1857 (SB1857), in the Senate. The proposed law would exempt certain coins, currency and bullion from the state sales tax. To qualify for the exemption, it must be manufactured in whole or in part from gold, silver, platinum, palladium, or other material; used solely as legal tender, security, or commodity in Tennessee or another state, the United States, or a foreign nation; and be sold based on its intrinsic value as a precious material or collectible item rather than its representative value as a medium of exchange.

A bill introduced in Hawaii during the 2021 session will carry over to this year. Rep. Val Okimoto (R) and Rep. Dale Kobayashi (D) sponsor House Bill 1184 (HB1184). The legislation would exempt precious metal bullion from the state sales tax. The bill defines precious metals bullion as “coins, bars, or rounds, minted primarily of refined gold or silver, that are: Marked and valued by their weight, purity, and content; or minted by a government authority”

New Jersey will also continue deliberation on a bill introduced in the last session. Rep. Ronald Dancer (R) introduced Assembly Bill 5285 (A5285). The legislation would exempt the sale of certain investment metal bullion and coins from the sales and use tax. Investment metal bullion is defined as any elementary precious metal that has been put through a process of smelting or refining, including, but not limited to, gold, silver, platinum, and palladium, and that is in such a state or condition that its value depends on its content, not its form.

An Alabama bill would expand and extend the current sales and use tax exemption on the sale of gold and silver. Sen. Tim Melson (R-Florence) filed Senate Bill 13 (SB13). The legislation would extend the sales tax exemption on gold, silver, platinum and palladium passed in 2018 from five years to 10. The bill would also apply the exemption to the amount of a numismatic (collector) coin derived from “its mass and purity.”  “Purity” is defined by the proportion of precious metal contained within the item. Finally, SB13 would repeal some reporting requirements.

A Virginia House committee recently passed a bill that would extend a sales tax exemption on the sale of gold and silver bullion and coins. Del. Lee Ware (R) filed House Bill (HB3) on November 29. A 2018 law exempted the sale of gold, silver, and platinum bullion or legal tender coins over $1,000 from the state sales tax. That exemption is scheduled to sunset on June 30, 2022. As introduced, HB3 would have removed the sunset date altogether and made the sales tax exemption permanent. A committee amendment extended the sunset date five years to June 30, 2027.

Sales taxes on gold and silver raise investment costs. Repealing these taxes knocks down one barrier that might keep some investors from considering physical metal for their portfolios.

Also, with the advent of electronic payment services, it’s easier than ever to use precious metals in everyday transactions. Companies like GoldMoney facilitate this. But taxes on precious metal bullion erect barriers to using gold and silver as money by raising transaction costs. Passage of these bills would take a small step toward undermining the Federal Reserve monopoly on money by eliminating one hurdle to using gold and silver in everyday transactions.

In effect, states that collect taxes on purchases of precious metals act as if gold and silver aren’t money at all.

Imagine if you asked a grocery clerk to break a $5 bill and he charged you a 35 cent tax. Silly, right? After all, you were only exchanging one form of money for another. But that’s essentially what a sales tax on gold and silver bullion does. By eliminating this tax on the exchange of gold and silver, states treat specie as money instead of a commodity. This represents a small step toward reestablishing gold and silver as legal tender and breaking down the Fed’s monopoly on money.

“We ought not to tax money – and that’s a good idea. It makes no sense to tax money,” former US Rep. Ron Paul said during testimony in support of an Arizona bill that repealed capital gains taxes on gold and silver in that state. “Paper is not money, it’s fraud,” he continued.

The impact of enacting this legislation goes beyond mere tax policy. During an event after his Senate committee testimony, Paul pointed out that it’s really about the size and scope of government.

Practically speaking, eliminating taxes on the sale of gold and silver cracks open the door for people to begin using specie in regular business transactions. This marks an important small step toward currency competition.

The United States Constitution states in Article I, Section 10, “No State shall…make any Thing but gold and silver Coin a Tender in Payment of Debts.” Currently, all debts and taxes in the US are either paid with Federal Reserve Notes (dollars) which were authorized as legal tender by Congress, or with coins issued by the US Treasury — very few of which have gold or silver in them.

The Federal Reserve destroys this constitutional monetary system by creating a monopoly based on its fiat currency. Without the backing of gold or silver, the central bank can easily create money out of thin air. This not only devalues your purchasing power over time; it also allows the federal government to borrow and spend far beyond what would be possible in a sound money system. Without the Fed, the U.S. government wouldn’t be able to maintain all of its unconstitutional wars and programs. The Federal Reserve is the engine that drives the most powerful government in the history of the world.

Sales tax repeals knock down one of the tax barriers that hinder the use of gold and silver as money, and could also begin the process of abolishing the Federal Reserve’s fiat money system by attacking it from the bottom up – pulling the rug out from under it by working to make its functions irrelevant at the state and local levels, and setting the stage to undermine the Federal Reserve monopoly by introducing competition into the monetary system.

In a paper presented at the Mises Institute, Constitutional tender expert Professor William Greene said when people in multiple states actually start using gold and silver instead of Federal Reserve Notes, it would effectively nullify the Federal Reserve and end the federal government’s monopoly on money.

Once things get to that point, Federal Reserve notes would become largely unwanted and irrelevant for ordinary people.

These bills make up part of a broader movement at the state level to support sound money.

Get Peter Schiff’s key gold headlines in your inbox every week – click here – for a free subscription to his exclusive weekly email updates.
Interested in learning how to buy gold and buy silver?
Call 1-888-GOLD-160 and speak with a Precious Metals Specialist today!
gold, silver, sound money, taxes