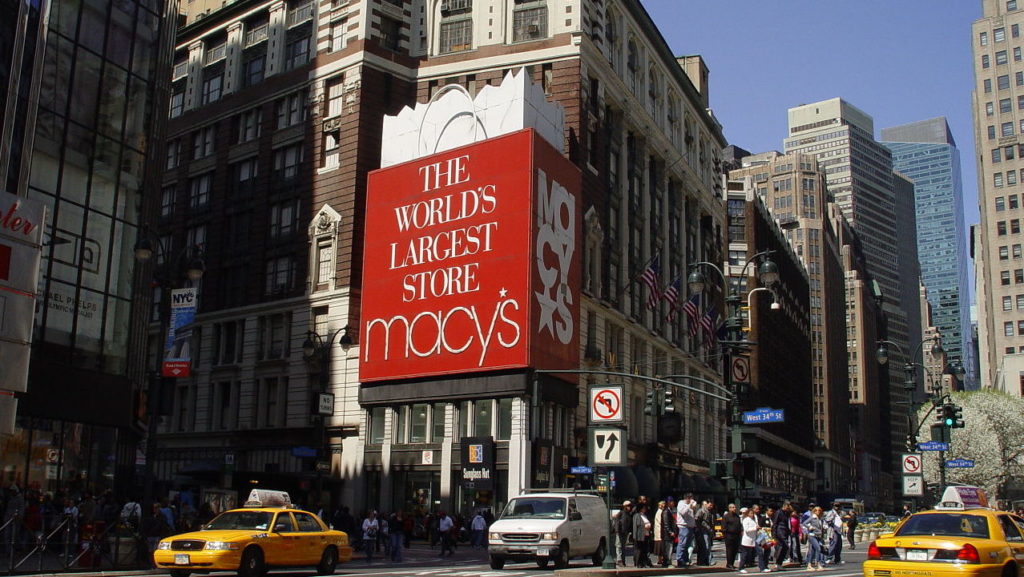 Macy’s department store has announced plans to close 125 stores and cut around 2,000 corporate employees. Along with the store closures, the company will shutter its Cincinnati headquarters and tech offices in San Francisco.

Even with the cuts, sales projections for the next three years “look abysmal.” According to CNBC,  same-store sales, on an owned plus licensed basis, are forecast to be down 1% to flat.

“The changes we are making are deep and impact every area of the business, but they are necessary. I know we will come out of this transition stronger, more agile and better fit to compete in today’s retail environment,” Macy’s CEO Jeff Gennette said in a statement.

The woes at Macy’s are a symptom of deeper problems in the retail sector. This is not good news for the broader US economy.

Retailers have struggled, with the exception of Amazon. As Peter Schiff pointed out on a podcast, the XRT – an index of retailers – dropped 3% in one day recently. And that included Amazon’s rise. This raises some bigger questions about the overall economy.

So, if the US consumer is really so strong, why are all these retailers so weak? I mean, it’s not just Amazon. Amazon is part of it, but it doesn’t explain this massacre. It shouldn’t be this bad if the consumer is really this flush.”

There is every indication that the consumer really isn’t flush. Consumer debt is at record levels but borrowing appears to be slowing down. Peter outlined the plight of the American consumer in an interview on RT Boom Bust late last year.

Last year, shopping mall vacancies hit an 8-year high. According to data from Moody’s Analytics’ Reis, 9.4% of units were unoccupied in Q3 2018. That equals a post-financial crisis high reached in 2011.

The mainstream narrative blames the woes of brick-and-mortar retailers on a shift toward online shopping. But while it is certainly a factor, we can’t blame Amazon for the retail meltdown. The big story is debt.

The story behind the Toys R Us bankruptcy in 2017 gives us a glimpse at a fundamental problem eroding the strength of the US economy – easy money created by Federal Reserve monetary policy. The ability to borrow a lot of money at low interest rates fuels borrowing and speculation. Malinvestment distorts the economy and inflates bubbles that eventually pop.

Get Peter Schiff’s key gold headlines in your inbox every week – click here – for a free subscription to his exclusive weekly email updates.
Interested in learning how to buy gold and buy silver?
Call 1-888-GOLD-160 and speak with a Precious Metals Specialist today!
economy, Macy's, retail