The government response to the coronavirus pandemic has put extraordinary pressure on small businesses. And that pressure is about to increase thanks to yet another government action – minimum wage increases across the US.

According to a study by Brookings released in September, more than 420,000 small businesses had closed their doors permanently since the beginning of the pandemic. That represents a staggaring 7.1% of all small businesses. That number has certainly increased.

This should come as no surprise. Governments often implement policies that wreck the economy in the name of “public good.” Minimum wage laws are a prime example. And a slew of new wage mandates went into effect with the beginning of the new year. As economic reporter Brad Polumbo put it, “The timing could not be worse.”

The following article by Brad Polumbo was originally published at FEE. The opinions expressed are those of the author and do not necessarily reflect those of Peter Schiff or SchiffGold.

2020 was one of the worst years in modern American history for small businesses. And now, thanks to a wave of minimum wage legislation that kicked in on January 1, things are about to get even worse.

“When state and local governments responded to the outbreak of COVID-19 in the spring with harsh lockdowns and restrictions, businesses were forced to shutter. Many in the restaurant and hospitality industry remain shut down many months later, or were briefly allowed to reopen then shut down again this fall. Meanwhile, much of the taxpayer-financed aid meant to help these businesses was instead captured by big corporations or lost to fraud and waste

To add insult to injury, thousands of small businesses were vandalized and looted during the summer unrest after the death of George Floyd. (No, insurance doesn’t eliminate the harm).

At least 100,000 small businesses that were forced to close in 2020 will not reopen, according to Yelp. In a recent survey, almost 60 percent of small business owners said that they don’t expect their enterprise to survive through June 2021.

Many of these same small businesses teetering on the brink of collapse are about to get slapped in the face with surging labor costs. A total of 20 states had minimum wage hikes take effect this month as part of scheduled ramp-ups.

“New Mexico will see the largest jump, adding $1.50 to its hourly minimum and bringing it up to $10.50,” the Hill reports. “Arkansas, California, Illinois and New Jersey will each increase their minimum wages by $1.”

Additionally, many localities have enacted area-specific minimum wage hikes. For example, Flagstaff, Arizona just raised its minimum wage to $15 an hour while Belmont, California just upped its rate to $15.90 an hour.

These might not sound like massive hikes in absolute terms, but you have to think of it like this. Payroll is often one of the largest expenses small businesses have—and it may have just arbitrarily spiked by 5 to 15 percent.

The timing here could not be worse.

“A dramatic increase in the minimum wage even in good economic times has been shown to be harmful,” Employment Policy Institute Managing Director Michael Saltsman said. “In the current climate, for many employers, it could be the final nail in the coffin.”

And employees will suffer perhaps just as much as employers. Even though they’re ostensibly meant to uplift workers, increases in the minimum wage always and inevitably hurt more than they help.

Why? A wage is important for the living standards of the worker, but that isn’t its only important aspect. A wage is a price. Prices are essential for order in an economy, so price controls throw markets into chaos.

“By the simplest and most basic economics, a price artificially raised tends to cause more to be supplied and less to be demanded than when prices are left to be determined by supply and demand in a free market,” famed free-market economist Thomas Sowell explained in his book Basic Economics. “The result is a surplus, whether the price that is set artificially high is that of farm produce or labor.”

“Making it illegal to pay less than a given amount does not make a worker’s productivity worth that amount— and, if it is not, that worker is unlikely to be employed,” Sowell writes. “Unfortunately, the real minimum wage is always zero, regardless of the laws, and that is the wage that many workers receive in the wake of the creation or escalation of a government-mandated minimum wage, because they either lose their jobs or fail to find jobs when they enter the labor force.”

“In truth, there is only one way to regard a minimum wage law: it is compulsory unemployment, period. The law says: it is illegal, and therefore criminal, for anyone to hire anyone else below the level of X dollars an hour. This means, plainly and simply, that a large number of free and voluntary wage contracts are now outlawed and hence that there will be a large amount of unemployment. Remember that the minimum wage law provides no jobs; it only outlaws them; and outlawed jobs are the inevitable result.”

So, it’s no surprise that the nonpartisan Congressional Budget Office projects that a national $15 minimum wage would destroy up to 3.7 million jobs. Of course, these hikes aren’t nationwide, and many aren’t quite up to $15 yet. Nonetheless, struggling small businesses already have so little wiggle room in their budgets and are on the brink of collapse. Thus the negative effect minimum wage hikes have on local economies will be severe.

Of course, there’s little doubt that the legislators who enacted these pre-planned minimum wage hikes hoped to help workers, not put them out of work amid an economic crisis. But the laws of basic economics are unmoved by compassionate hand-wringing—and good intentions never guarantee good results.

Brad Polumbo (@Brad_Polumbo) is a libertarian-conservative journalist and Opinion Editor at the Foundation for Economic Education.

This article was originally published on FEE.org. Read the original article.

Get Peter Schiff’s key gold headlines in your inbox every week – click here – for a free subscription to his exclusive weekly email updates.
Interested in learning how to buy gold and buy silver?
Call 1-888-GOLD-160 and speak with a Precious Metals Specialist today!
economics, minimum wage, small business 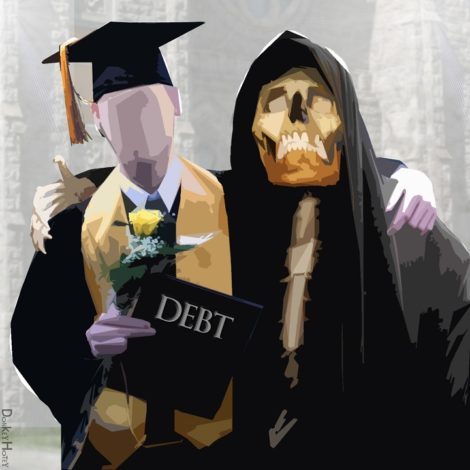