Gold just had its best quarter since 2016 and finished at its highest level in over eight years. But Q2 2020 wasn’t an anomaly. Gold has charted gains for seven consecutive quarters.

That represents the longest quarterly run of gains for the yellow metal since the 2008 financial crisis. It’s important to state the obvious here: that was before the coronavirus pandemic and corresponds with the Federal Reserves monetary policy 180 that happened around the same time.

In other words, the Fed was already engaged in extraordinary monetary policy before COVID-19 and its policy was already driving the price of gold higher.

As you’ll recall, the Fed began trying to normalize rates in earnest in 2018 with four rate hikes that year (on the heels of three in 2017). But that fall, the stock market tanked, prompting the Fed to put the brakes on normalization with the Powell Pause, followed by three rate cuts in 2019.

As the Fed eased, gold climbed.

And the coronavirus put the easing into hyperdrive.

And it truly is unprecedented. It’s not just zero percent interest rates and QE infinity. The Fed is buying everything but the kitchen sink. It’s now even become a player in the corporate bond market.

With the Fed pulling out all the stops, a lot of people in the mainstream are starting to forecast record gold prices in the coming months.

On the year, gold is up about 16% while every US stock index except the NASDAQ is down. And if you look at the NASDAQ priced in gold, it’s entire gain is wiped out.

Optimism about a quick “v-shaped” recovery has created some headwinds for the price of gold. For instance, the yellow metal sold off with a better than expected unemployment report for June. But any realistic assessment of the economy should reveal at best it will recover from a depression to a recession. And it seems clear that the biggest driver is the Federal Reserve. So, you should ask yourself this question: do you expect the Fed to roll back its extraordinary monetary policy any time soon?

The answer seems pretty clear — no. In fact, the Fed shows no signs of backing off its monetary Hail Mary. The minutes from the most recent FOMC meeting show the central bank remains committed “to do whatever we can, for as long as it takes.”

As Peter noted in a recent podcast, the next shoe to drop is the dollar. And virtually nobody is ready for a currency crisis.

They don’t understand the damage that the Fed has done to the economy. They don’t understand how the Fed inflated the prior bubbles, or how this one is even worse. And they don’t get how everything the Fed is doing now is making the problems they don’t even understand much worse and setting up an outcome that they haven’t even contemplated. I mean, nobody is prepared for stagflation – for a situation where the economy is weak, unemployment rises, yet we have more inflation, and we have a weak dollar; we have rising gold prices – the exact environment we’re going to have. Nobody on Wall Street is prepared for it.”

When you look at the big picture and the trajectory of central bank policy, there is no reason to expect the bull run in gold to slow down anytime soon.

Get Peter Schiff’s key gold headlines in your inbox every week – click here – for a free subscription to his exclusive weekly email updates.
Interested in learning how to buy gold and buy silver?
Call 1-888-GOLD-160 and speak with a Precious Metals Specialist today!
Federal Reserve, gold, investing, monetary policy

Here we go again. The clock is ticking down to another US debt ceiling battle.
READ MORE →

Paying More and Getting Less

In the Federal Reserve’s new world of “transitory” inflation, Americans are paying more to get less. Retail sales were up 0.6% from May to June. According to the Commerce Department, American consumers spent $621 billion on retail goods and services last month. With the big 1.7% drop in May, retail sales remained below levels in […]
READ MORE →

That’s His Story and He’s Sticking to It!

Despite mounting evidence to the contrary, Federal Reserve Chairman Jerome Powell stuck to his “transitory” inflation narrative during testimony before the House Financial Services Committee. That’s his story and he’s sticking to it!
READ MORE →

The Fed vs. the Constitution: SchiffGold Friday Gold Wrap July 2, 2021 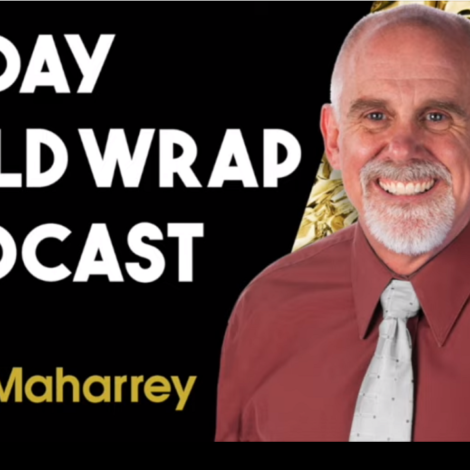